Get On Board Now 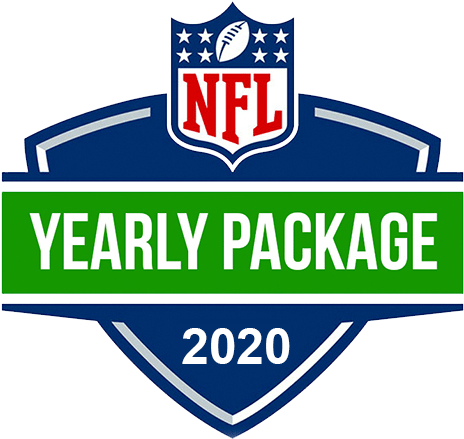 The NFL is finally back!

2020 has been a crazy year to say the least and if you are like me, the NFL season feels like is has snuck up on us with no preseason games to get us in the "football mood" but after seven long months it is almost finally here!

My clients and I have been in full NBA mode since it restarted back at the end of July but make no mistake about it — I have been diligently preparing for the NFL behind the scenes and am ready for another great season starting off with our first play tomorrow night when the Texans take on the Chiefs — a game which brings back some fond memories of our last play of the season from last year!

Ready to get on board? Join the team now!

DISCOUNT VALID UNTIL FIRST KICKOFF ON SUNDAY, AFTER THAT IT WILL GO BACK TO FULL RETAIL PRICE.

Just click the "Buy Now" button above and enter your payment info and you will be taken  to the VIP page (which you can book mark) with this week's picks & write-ups. with

Betting on baseball and hoops is fun and all but we all know the NFL is KING when it comes to sports betting.
​

Although my basketball track record is unmatched in this industry everyone knows NFL is my favorite sport to bet, my Twitter handle is "Quan NFL" for a reason after all. From September through February I live, breath, eat and sleep NFL and my results are a testament to that.

My NFL plays have over a 58% winning percentage (359-249) since I began documenting my picks on Twitter and other sports betting websites back in 2014 for a cumulative total of 290.4 units or an average of over 58 units per season.

Now I know as well as anyone this industry is full of blowhard touts who throw out all sorts of ridiculous numbers and claims of past results so those numbers at face value don't mean much.

Most of you who are reading this have been following me for awhile and have been paid members in the past so you know my NFL picks are as solid as they come — but for those who are new — unlike the majority of the other fraud "scamdicappers" out there I have indisputable tangible PROOF that I am one of the best NFL cappers on the planet with evidence that can't be faked or manipulated. Not only are my service plays among the best in the industry, I also put my money where my mouth is and compete with the best cappers in the world in the annual Las Vegas SuperContest.

For those who aren't familiar The SuperContest is the “The World’s Ultimate Pro Football Handicapping Contest” — a contest put on every year by the Westgate Casino in Las Vegas where the best NFL handicappers in the world come together and pay a $1500 entry fee then pick five games against the spread every week competing for the multi million dollar prize pool where the top 50 contestants get a share of the pot.

In 2016 I was able to pick 60.7% winners and place in the top 25 out of over 1800 contestants (top 1%) solidifying myself as one of the most elite NFL Cappers in the world and taking home a very sizable check in the process. Any capper can make up statistics from previous years in a spreadsheet but very few have competed in the Super Contest and placed among the handicapping elite.

2017 was another very solid year where I finished 50-33-2 for 60.2% but the SuperContest had a record number of 2406 entries last year (25% more than the year before) so it was ultra competitive where you needed to finish 61% or better to place in the top 50 in the money. Ultimately, I was one game short of placing in the top 50 for the second year in a row.

Now I don't say this to brag but rather to show you that I compete with the best handicappers in the world and among the 1%. Anyone can manipulate a spreadsheet or lie about past years records but the SuperContest standings don't lie.

Of course as a subscriber you will get access to ALL of my SuperContest selections which is well worth the package price alone. You will also receive any additional plays I may have each week outside of the five strongest plays I am using for the SuperContest as well as any totals or teasers I may be playing. On average, there will be between 5-7 plays each week of the NFL season.

Below are the last five year's documented records to get an idea of a what you can expect for average week of plays:

​These could be your results!
Once this offer expires the price will go to $699 for the rest of the season

So what all is included in the package? You will receive every single one of my NFL plays from the first week of preseason until a Super Bowl 55 champion is crowned.

Each week you will receive all five of my SuperContest selections in addition to any extra plays I may have on games which just missed the cut for the SuperContest card. Throughout the season there will be occasional teaser plays and plays on the point total.

I will be providing selections for EVERY nationally televised Prime Time game and my weekly personal "Survivor Pool" play. You will also be given access to my Season Win Totals which includes two teams whose win totals Vegas totally whiffed on, two wagers I expect to cash with no sweat.

You will also receive my AFC winner, NFC winner, and of course my Super Bowl Champion. At the time of this writing their odds are over 12/1 — I am not calling for a Chiefs repeat! Along with these predictions you will also get access to lengthly write-ups for each pick explaining why Vegas is crazy and why we these teams will easily exceed their posted win totals. Along with every play I make you will also receive a detailed write-up where I take you into my head and explain my exact thought process for my selections. Anyone can just give you a pick and say good luck — the true value is in explaining why you are making the pick so you can not only understand the rationale behind it but also garner some handicapping knowledge along the way. Or if you are the type who only cares about cashing tickets and just wants to see the pick — not a problem, all picks are listed front and center with write-ups to follow.

ARE YOU READY TO FINALLY HOP ON BOARD?

Click the Buy Now button below to
​Join The Team Now!

Just click the "Buy Now" button above and enter your payment info and you will be taken right to the VIP page (which you can book mark) with today's pick & write-up.