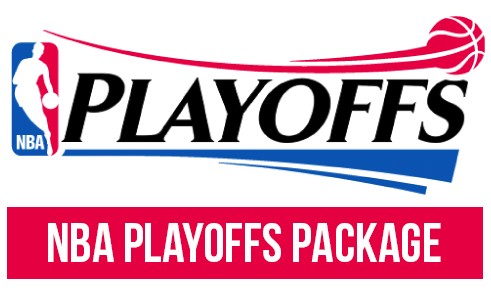 Many people know me for the NFL but I have always said that NBA is actually the easiest sport to bet and profit with by far.

I’ve been betting NBA for years but only started documenting my picks on Twitter starting last season. I know lots who will be reading this followed last year as well, but for those who didn’t it was a pretty epic year!

The year finished +136 units including an unprecedented run of +77 units in the playoffs alone. And that doesn’t include all of the futures we had on the Cavs to win the championship that we were on since the beginning of April at 4:1 odds.

The NBA Finals is easily the best series in sports to make a ton of money on and we did exactly that last year when we re-invested in the Cavs at +325 before the finals started and of course the epic call to double down when they were down 3-1 at 10 to 1 odds!

That was an unforgettable playoffs and finals where we all made BANK but enough about last year.

So far this year NBA is well on pace to match or most likely exceed last years numbers of 130 units. I’m doing things slightly different this year by sticking to a disciplined 1-3 unit scale as opposed to last year which included 5 and 10 unit plays. Slow and steady is the key to winning consistently in the NBA and that method is really paying off this year.

I have every play of the season documented here if you want to take a look.

This has been an unreal year for NBA where we have routinely been sweeping the board for monster 15+ unit days (had two of those days alone last week).

I want everyone on board to destroy our bookies during these NBA Playoffs so I am offering an extremely affordable package.

For the next 24 hours I am offering 20% off my NBA Playoffs package, after that it goes back to regular price for the rest of the playoffs so take advantage!

The NBA Playoffs Package includes all of the following: 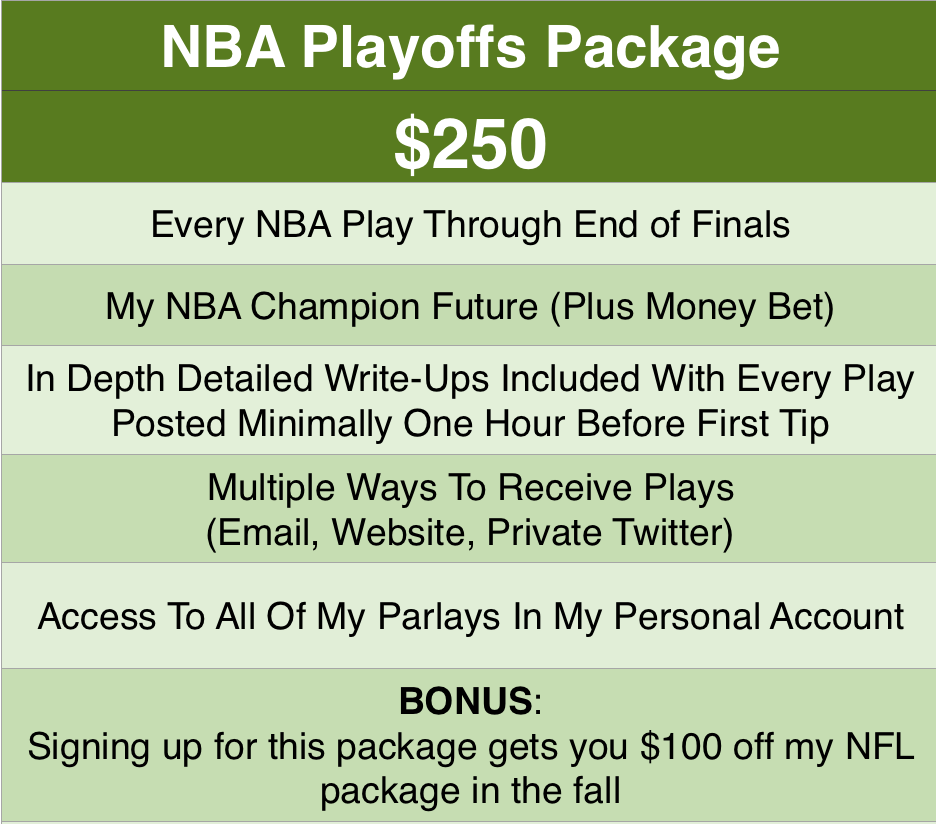 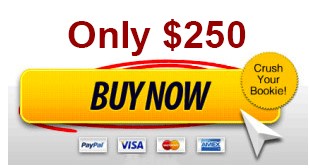