I can be a big fan of futures at times when there is a lot of value for example like there was with UNC +1000 during March Madness. Unfortunately in the NBA where the field is much smaller there isn’t as much value. That being said, there is a future that I like and there is also some value on some series prices as well.

Cavaliers to win the Championship +350

The Cavs finished the season poorly obviously but I was happy to see this as it upped these odds. I don’t care how the locked after the All-Star break, there is no team in the NBA who can beat the Cavs in a 7 game series and I fully expect them to repeat as Champions again. They may start slow and these odds will continue to rise but this is my favorite future. I’m already heavily invested and will be adding more as the playoffs go on if I can get equal or better odds. You can also wait until the finals where I expect this to be between +275 to +300, but the only danger of that is if the Warriors don’t win the West which is actually a possibility in my opinion so your best bet is to lock this in now.

I’m not a big fan of series bets because you have to lay pretty heavy juice and I prefer going game by game, but if your book allows you to parlay there can be some value in them.

Here are the series prices I like for all of the first round series:

I did the following parlay and really hard to see that lose: 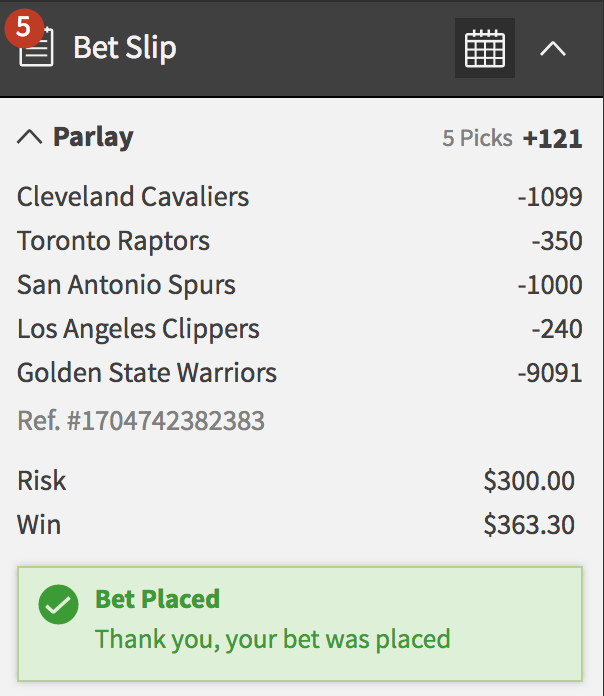