The NFL Preseason (NFLx) is officially back!

Now I will preface that by saying if you are just throwing uninformed darts, I do totally agree that betting the preseason is a terrible idea. There is nothing worse than getting crushed in the preseason and having your bankroll shrink before the games even count. However, if you do your research and are selective, the NFL Preseason is the only time of the sporting year when you can bet on a game where one team wants to win vs. a team who doesn't care at all about winning. It's the only time where the informed sports bettor has a clear advantage over the house because we get to pick and choose the spots where these clear mismatches exist while Vegas needs to put out lines on all of the games.

The proof is in the pudding — Vegas limits you to betting $1,000 max a game in the Preseason while they will gladly book you for 10x that when the regular season rolls around. They know advantaged bettors have the clear edge over them in the preseason and limit their exposure accordingly.

My clients and I have a great track record of success betting the preseason, 46-25 (64%) +40.6 units over the past five years and although this year only has three weeks instead of four, there is still plenty of meat on the bone to attack weak lines and pad our bank roll before the games start to count in September.

Week 1 of the preseason has been my speciality, 14-4 (78%) since 2015, so if you want to get on board for preseason action I highly recommend getting on board from the start to take advantage of our historically strong Week 1 results.

Preseason is a great bank roll builder for the regular season and for this reason I offer my preseason package at a rate that is affordable to all at only $98 for the entire preseason!

**If you purchase this package, you will automatically receive a credit for $98 off the NFL 2021 Season Package. ** 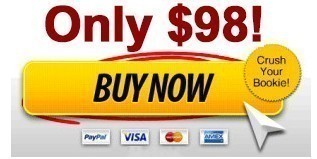