I made only 12 plays this whole college season thus far but cashed on 75% of them. 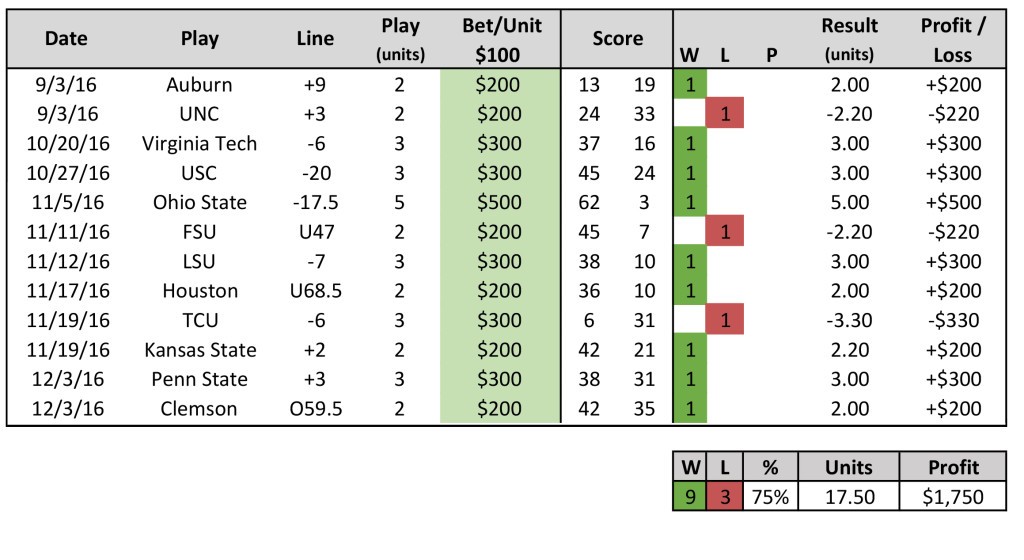 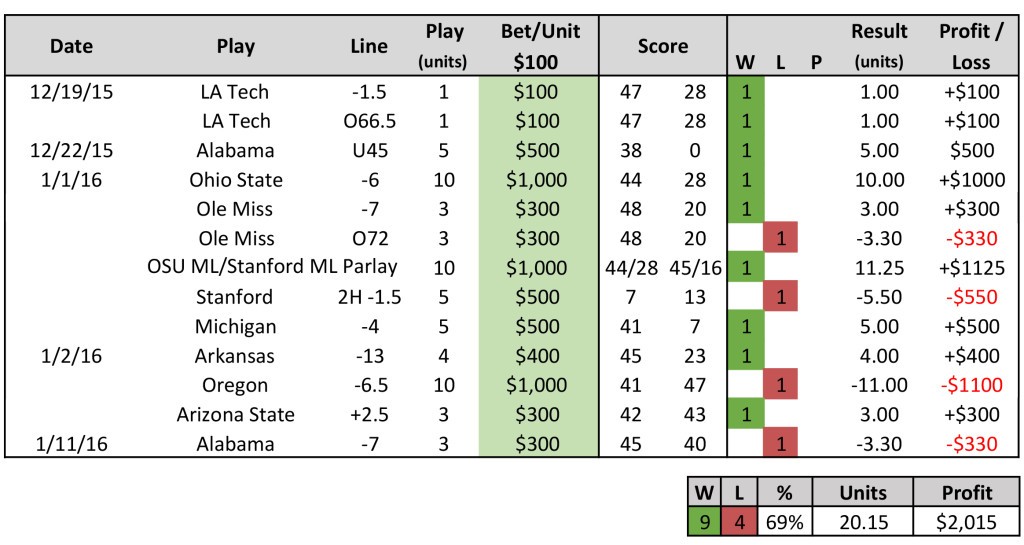 This year looking at the schedule I am planning on playing 20 bowl games with a mixture of sides and totals.

I am offering this package for only $199 ($10 per game). Last year the ROI was over 1000% on the College Bowl Package and this year I am expecting the same.

I will have a few stand alone Bowl Games including my 10 unit College Bowl Game of the Year, but my daily, weekly, and monthly packages don’t include my Bowl Games so this is the best deal to get access to every bowl game I play this Bowl Season.

My college football record speaks for itself, don’t miss out on this great Bowl Season, join the team today! 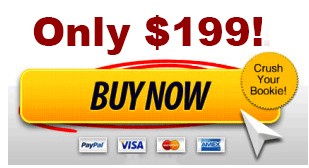